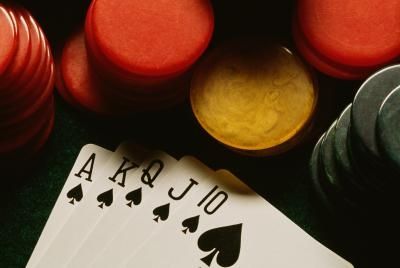 Jimmy Snyder, better known as Jimmy the Greek, helped popularize point spreads, well before the general public and the professional sports league got into bed with sports betting. Many of his exploits have been immortalized and some had nothing to do with sports. Snyder picked up an edge in the presidential race between Harry Truman and Thomas Dewey by researching the opinions of women and finding out they didn’t like mustaches.

Since Truman didn’t have one, Snyder put his money on the incumbent and won big. But Snyder’s baby was with NFL stats, and he spent a lot of time on pregame shows hinting at which teams would cover the spread. But one line Snyder set has withstood the test of time as being well on the wrong side of history.

Snyder made the Baltimore Colts 18-point favorites over the New York Jets in Super Bowl III. The Jets would score a 16-7 win that legitimized the AFL in the eyes of many. But was Snyder wrong with his number?

When the AFL and NFL first started contesting championship games in 1967, the Green Bay Packers were under heavy pressure to show the senior league was superior. Serving as double-digit favorites in the first two games, the Packers covered easily as 14 and 13.5 point favorites.

Baltimore missed the playoffs in 1967 despite having an 11-1-2 record and Don Shula at the helm. But going into the preseason, Hall of Fame quarterback Johnny Unitas was injured and backup Earl Morrall was forced into action. Morrall proved to be more than a capable starter, passing for 2,909 yards and 26 touchdowns.

In the playoffs, the Colts beat the Minnesota Vikings 24-14 before pasting the Cleveland Browns 34-0 to reach the newly christened “Super Bowl.”

The New York Jets weren’t one of the AFL’s early glory franchises. New York’s fortunes started to change when it steered future Hall of Fame quarterback Joe Namath away from the NFL with a record $427,000, three-year contract. In Namath’s first season, the Jets finished second in their division with a 5-8-1 record.

In 1967, the Jets again finished second with an 8-5-1 record. The following season New York would start the season with an uneven 3-2 record. The Jets rallied with an 8-1 finish to the season to set up a match with the Raiders in the AFL title game.

Don Maynard caught a six-yard touchdown pass from Namath in the fourth quarter, allowing New York to escape with a 27-23 victory. Namath passed for a ton of yards, piling up 3,147, but was turnover prone. He threw 17 interceptions and only completed 49.2 percent of his passes.

While much is made about Namath’s guarantee of a victory, the stats firmly back Baltimore as an overwhelming favorite. The Colts’ defense had set a then-record by only allowing 144 points over the whole season. During the final 10 games of the season, Baltimore recorded four shutouts and only allowed seven touchdowns.

But in the Super Bowl, Morrall, who was so strong throughout the year, lost his touch. Morrall would only complete 6-of-17 passes and throw three interceptions. Unitas would come on in relief and also throw a pick.

Jimmy the Greek was wrong in this case, but only because Baltimore had a collapse few could have seen coming. Since that Super Bowl, oddsmakers haven’t been quite so bold with making the line so big.

Ten teams in the Super Bowl have been made favorites of 10 points or more. Those teams are 3-6-1 in those games. San Francisco covered the biggest spread in Super Bowl XXIX, beating the Chargers 49-26 to cover an 18-point spread.