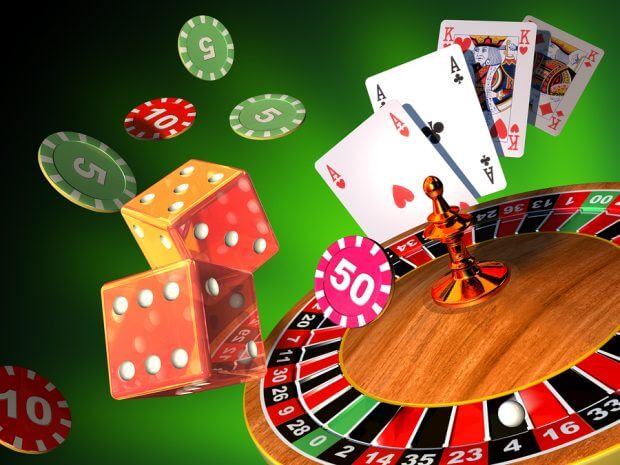 As online casinos grow popular in India, there’s one trap far too many players are falling for: thinking all online slots are created equal. It’s a huge mistake, especially for people who care about maximizing their profits.

The simple fact is that online slots vary sharply in design, gameplay, payout rates, bonuses, and betting limits. Experienced gamblers choose games carefully, usually leaning toward the most popular slots. Below is an outline of the best rated online slots in India and why people love them.

Starburst is what happens when a software provider gets everything right. It’s beautifully designed, unique, fun to play and profitable when you win. Designed by Netent, Starburst features the standard 5 x3 layout, ten pay lines and a 96.09% return to player rate.

Read more: What it takes to be a good new online casino in 2020

The dazzling Starburst symbol is the game’s wild and replaces all symbols when it appears. What’s more, it triggers continuous re-spins for as long as the wild keeps appearing. The game has a reputation for paying out frequently. So, even if you win small amounts, you can expect to cash out on Starburst.

Forget what people say about the Book of Dead being a clone of Book of Ra. If you’ve played the Play’n GO designed slot, you’ll understand why Slot Catalogs ranks it number one in its list of India’s best slot games. Not only is it gripping with its story of a man set to find a book with all the secrets of the dead, but it’s also profitable.

The video slot features five reels and ten pay lines. You can bet as little as ten cents or up to $100 per spin. Regardless, the objective is to find Riche Wild, the man looking for the Book of Dead and also the game’s most valuable symbol. If you can trigger the symbol on five reels, you’ll win 500 times your bet.

According to Slots Catalogs, Book of Dead appears in 18 of India’s top 33 online casinos. Add that to the fact that it’s listed in the lobby of nearly a dozen Indian casinos and it is not surprising it is the most popular slot in the country. Starburst, which ranks first or second in most countries, ranks ninth in India as per a report by the same website.

Despite being a relatively new genre of games, Megaways slots are taking the casino world by storm. They’ve been ballooning in popularity exceedingly fast, more so Bonanza by Big Time Gaming (BGT). Speaking of which, BGT is responsible for creating the first Megaways slot.

Nonetheless, there are several reasons for Bonanza’s mega-success. First off, it features 117,649 pay lines. That’s a lot more ways to win than most video slots. It comes with six reels and adjustable coin sizes.

The minimum bet is twenty cents while the maximum is $200. Being a high variance game, Bonanza pays out sparsely but in high amounts. Due to that, some players say they’ve won up to 1000 times their bets. But at the same time, others have spent thousands of rupees and came out winless.

When Gonzo’s Quest launched in 2010, everyone wanted to play it. The game looked like no other slot back then. It had a superb video intro. Its graphics looked incredible and had features no other slot at the time had.

Fast forward to 2020 and Gonzo’s Quest is still one of the most popular slots in the world. Of course, there are more games with cascading reels these days. But the Netent game still draws the attention of many Indian players, noting that it’s listed by 19 of India’s best 33 casinos.

Gonzo’s Quest challenges you to help a Spanish explorer find gold in Central America in exchange for rewards. While at it, you’ll come across multi-coloured stones and metallic carvings which can be highly profitable.

Offered by 19 online casinos in India, Wolf Gold is a game you can effortlessly find at your favourite gaming platform. You can play it on your smartphone or laptop. And if you hit the biggest of the game’s three jackpots, you could walk away with up to 1000 times your bet.

Read more: A Review of the Online Gambling Sector in 2019: New Casinos, Regulations, and More

At its core, the Pragmatic Play-designed game features Native American themes and soundtracks. It doesn’t feature images of real people, but it features decent graphics, nevertheless. It also pays incredible well at 96%. But being a low volatility game, expect minimum payouts, albeit frequently.

Look out for the Wolf Gold symbol to activate free spins. You can also get more spins by triggering the re-spin money symbol. However, the main target should be the game’s three jackpots. They are activated when you trigger money symbols.

Ranked fourth amongst India’s most popular slots, Mega Moolah is a progressive jackpot that regularly pays up to $10 million to winners. Surprisingly, the game has a payout rate averaging 88%. There’s a perfect explanation for the low RTP, though.

For starters, the game is designed to create millionaires. Due to that, it doesn’t let every player win. Instead, it collects a portion of money wagered and adds it to a progressive jackpot that increases daily until someone wins it.

A lucky British Soldier won £13.2 million in 2015 playing the game. And guess what? He wagered less than £1 in each spin. Three years later, an android device owner won an even bigger amount, elevating the new world record to nearly €19 million.

Immortal Romance is a surprising entrant to this list. Although not the most popular slot by Microgaming, it’s a popular game in India’s top online casinos. Immortal Romance explores the idea of love among vampires.

Read more: The casino games with the lowest house edge

But like all Vampire stories, Immortal Romance also features stories of betrayals, wealth and murders. The objective is to summon some of the dark characters for a chance to win free spins and real money. You have 243 ways to bet and win, and you can adjust your coin sizes from 0.01 to .20.

The best part about Immortal Romance is that it pays 98.86% of wagered money. So, if you play consistently and trigger the right symbols, you can win frequently.

Cryptocurrencies at the online casino