Gambling Firm Fined Nearly £500,000 For Only Checking The Credentials Of Winners 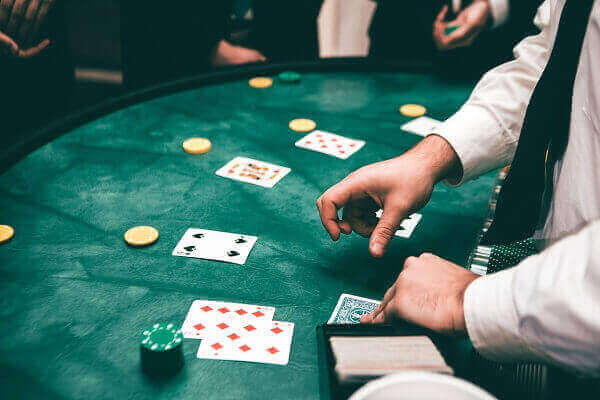 TonyBet, rooted in Estonia but has an operating license in the United Kingdom, was fined by the Gambling Commission for enforcing unfair terms and failing to implement anti-money laundering and social responsibility assessments.

Is the Fine Justified?

Contents hide
1 Is the Fine Justified?
2 A Peek at TonyBet
3 How Gambling Addiction is Fueling Crime?
4 Final Thoughts

While TonyBet briefed customers that it had the power to request identification documents for “all withdrawals,” despite not previously requiring such inspections, foreseeably obstructing withdrawals but not cash deposits.

The executive director of operations at the Gambling Commission, Kay Roberts, stated that not only does this situation clearly demonstrate their initiative to crack down on social responsibility failures as well as anti-money laundering, but it also demonstrates the steps the authority will take against wagering businesses that fail to be transparent and fair with their clients.

The fine emphasises an exercise that rarely catches regulators’ attention. Customers have frequently complained that strict checks are only required when they win, with no equal scrutiny of whether they have been enduring financial and psychological harm.

The UK administration is expected to publish a white paper on gambling reform, which may include stricter standards for companies to conduct affordability inspections in response to cases in which addicted gamblers lost enormous sums.

The possibility of any measures that would be “restrictive” to, for example, what bonuses can be offered to customers by online casinos, has repeatedly been opposed by industry lobbyists, including the Betting and Gaming Council (BGC).

A Peek at TonyBet

TonyBet is expected to pay a £442,750 fine after the violations were unearthed during an inspection in 2021. The firm, which is not an associate of the BGC, is an Estonia-based online casino that grew out of a corporation founded by Antanas Guoga, a Lithuanian professional gambler and businessman known as Tony G in the gambling market. He is no longer involved in the company.

TonyBet also warned winners that their winnings could be seized if they didn’t include anti-money laundering paperwork within 30 days. While the company insisted that winners go through such hoops to collect, the commission found that it continued to fail to conduct adequate risk evaluation of the firm being used for terrorist financing and money laundering or to put restrictions in place to prevent such activity.

A professional sports gambler and former business insider praised the measure. They emphasised that it has been too long since these firms were engaging in such activities, and they must be penalised for this conduct. Furthermore, it has been shared at several businesses for several years.

How Gambling Addiction is Fueling Crime?

The step by the Gambling Commission is crucial as gambling addiction is causing severe issues in Britain and is fueling crimes much like substance abuse. Hence, the police and other authorities are taking more precautions.

Moreover, several police agencies in England and Wales will routinely screen criminal suspects for gambling addiction due to rising fears that high-stakes betting fuels criminality similar to narcotics and alcohol.

Additionally, police and crime commissioners advocate for improved protections to prohibit the use of criminal earnings for gambling. In a recent case, Martin Sargeant, a former chief of operations for the Church of England, robbed the church of almost £5.2 million and wagered millions of pounds on virtual slot machines while still being offered VIP status, incentives, food hampers, and expensive watches by betting firms.

The government estimates the yearly cost of alcohol-related and class A drug-related offences to be £11 billion and £13.9 billion, respectively. Still, statistics on the cost of gambling-related crimes are sparse.

In 2017, Cheshire police established the first pilot programme to test offenders for gambling addiction. Under this initiative, suspects were interrogated about their betting habits, and problematic gamblers were provided with appropriate treatment: Initial results indicated that 13% of those polled were at risk for developing a gambling problem.

Matt Burton, former assistant chief officer of the Cheshire police, who managed the pilot programme adopted by nine other forces, stated that the criminal justice system must take gambling addiction more seriously and provide more training to identify problem gamblers. He adds that gambling addiction is challenging to overcome, and it’s so readily available with the rise of online gaming.