The Art of the Casino Table Game Croupier 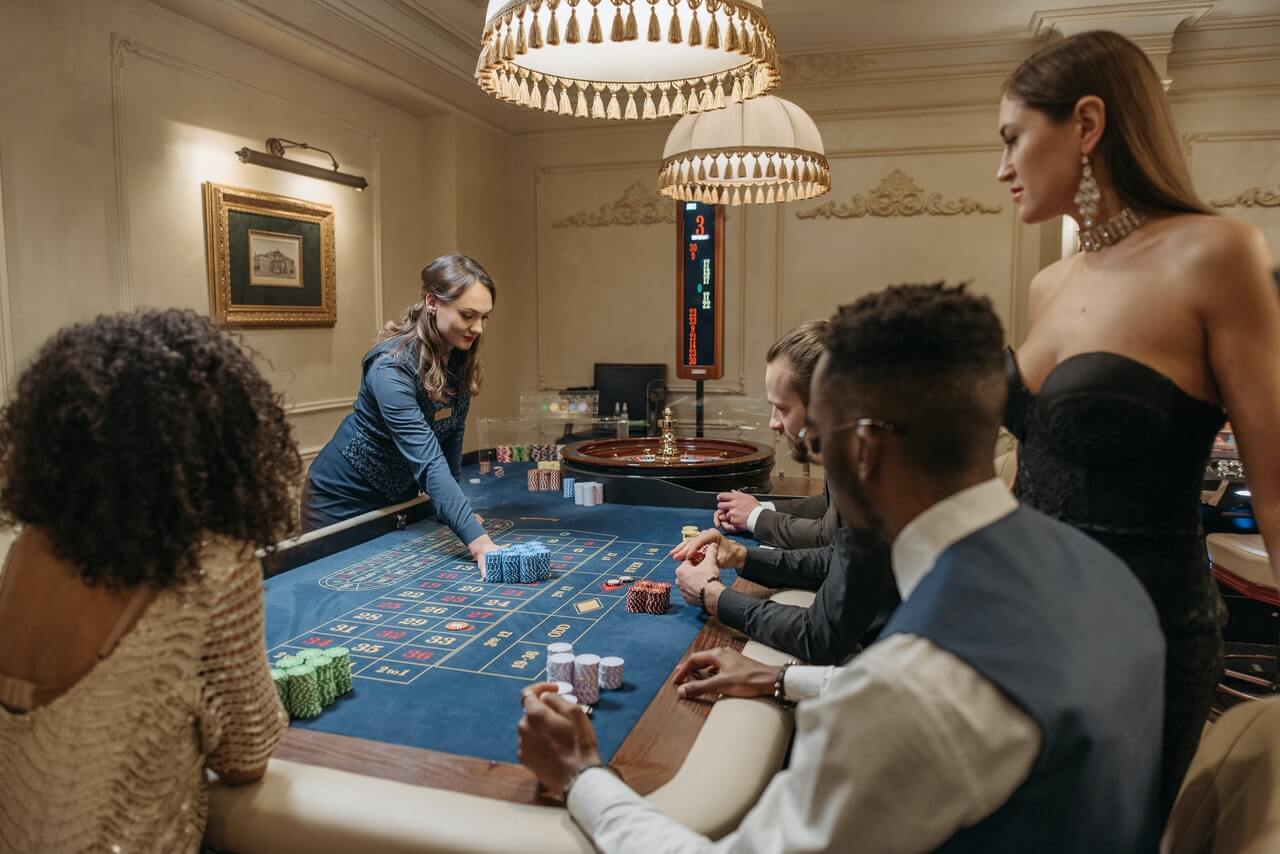 Anyone who has visited a land-based casino to play card games such as Blackjack will almost certainly be able to recall either a specific session that amazed them; those who visit the casino more regularly may even be able to think of one or more specific people who always impress them with their speed and skill at the card table. Have you ever given much thought to the skills and training required to do the job these skilled individuals perform? Let’s spare just a few little minutes to talk about it – the truth could surprise you.

Contents hide
1 Dealer School
2 Why is Dealing for the Online Market even Harder?
3 That Sounds Like a LOT of Pressure! Is it Well Paid?

You might think it looks easy – after all, you played cards as a child. How hard could it be to deal those same cards as a career? I guess you didn’t look at the number of “dealer schools” that exist just in the city of Las Vegas before, if so. If a dealer makes a mistake at the Blackjack table when thousands of dollars are on the line, the consequences can be serious – what if the next player busts as a result of their error? What if the player doesn’t realize that a mistake has occurred until after the hand has finished? The truth is, things can get messy extremely quickly, so mistakes mustn’t happen whenever possible.

Table game croupiers often spend months learning each game inside out before they earn a license to deal a new game on the casino floor. It can take even the smartest of individuals months of hard work, determination, and above all – practice – before they are ready to deal the cards at a professional level on the casino floor. Even the best and most experienced dealers can struggle with the next major challenge, however – dealing the cards at an online casino PA live dealer table.

Why is Dealing for the Online Market even Harder?

Imagine all of the responsibilities and challenges that a regular table game croupier has to face during their shift – they are required to deal a set number of hands per hour, they cannot make any mistakes, and they must follow a strict, detailed, and complicated list of steps and rules at every stage of every hand.

Now, imagine that on top of all of the things that are usually required to deal a game such as Blackjack correctly at the professional level, you must also handle multiple computer systems at the same time to ensure that each decision is handled as requested by every player who isn’t even sitting in front of you – you cannot ask for confirmations of any decisions, the clock is still ticking down every second, and you are responsible for confirming the requested actions selected by each player.

A fully loaded Blackjack table might have seven different players sitting at it – you are now responsible for handling all of the things those seven players would normally do themselves. Mistakes made now are even more dangerous than ever – if a player claims you didn’t follow their directions correctly, they may start a case with the regulator that issues the casino’s license to operate. It’s quite unfair, to be honest – one wrong move could see the casino in trouble with the regulator, and you out of a job.

Still think that table game croupiers have an easy job?

That Sounds Like a LOT of Pressure! Is it Well Paid?

Perhaps not as well as it ought to be. If you already work at a land-based casino then it makes sense to try and progress towards dealing a table game as quickly as you can. The basic wage is going to be much higher than other, “unskilled” positions such as working the bar or being a cocktail waitress taking drinks to the people playing at the slot machines.

In the online market, the decision is much less clear cut – the online live dealer tables do have the option to tip your dealer, but these options are much less likely to give you an additional revenue stream on top of your basic salary when compared to doing the same job on the casino floor. This confirms many things that people have long-suspected with regards to the somewhat unfair tip-supplemented incomes which are forced upon large numbers of people working in the land-based casino industry – particularly in Las Vegas and elsewhere in the United States.

Thankfully, the wages paid to those who work In most live dealer croupier roles are not based in this part of the world, so it is not as big a problem as it might otherwise become. At the same time, the average daily wages in most of the Eastern European countries which host the companies providing most online table games is much lower than that of the United States. Considering the intensity of the tasks that these people are carrying out each day for our enjoyment, perhaps consider adding a small tip to your dealer after your next winning session – you’ll not only be sharing your good fortune but putting a smile on another hard-working persons face, too.

The Lazy Man’s Guide To Choosing The Best Bitcoin Casinos