Fluffy Favourites – Sure to Be Your Favourite Slots Destination 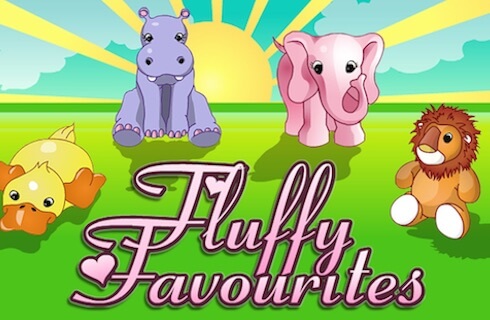 According to statistics, Slots is one of the most played online casino games throughout the world. It isn’t just old people logging onto a massive tablet to play like their counterparts in the Vegas casinos. People of all ages are now subscribed to different sites where all they play is different slot games. Depending on the theme and the winnings, people keep going back to games or keep switching until they find one that clicks.

With so much competition, you see new games pop up almost every week. However, it’s difficult to find one that truly stands out. Fluffy Favourites is one such game and, as you’ll see below, for good reason.

You see a lot of themes get used over and over again, sometimes even by the same developer for the same type of game. Eyecon, the developers of Fluffy Favourites, went a different route and chose a theme that is different in the way it is illustrated. Based on a carnival theme, the illustration comes off as hand-drawn and employs a wide range of colors that are incredibly vibrant.

The design and illustration is nostalgic, to the point where on might even call it vintage. The hand-drawn cartoon animals, which serve as the symbols on the reels, takes one back to a simpler time and lifts the mood quite effectively.

With a five reel and 25 payline slot format, the highest value symbols are the lion, turtle, giraffe, rhinoceros, dragon, hippo, panda, monkey, duck and goldfish. Different combinations have different payouts and the winning percentage is actually quite decent when compared to other games in the market.

You also have the ‘Gamble’ feature, where you are allowed to wager your earnings by choosing between one of two card suits. Choosing correctly can double your winnings, whereas picking the wrong one will result in you losing everything. Finally, there’s the “Toybox Pick” which activates when you land a claw scatter symbol on the reels. The ToyBox Pick mostly gets you multipliers, but they can go up to 100x so you can stand to win insane amounts of money.

Fluffy Favourites might employ a very simple design, but that does not mean the theme and layout is not engaging. The use of color and the hand-drawn illustration provide a very pleasant experience during the gameplay. Also, with the potential for winning, one can find the appeal in this game and it could just become your favourite game.