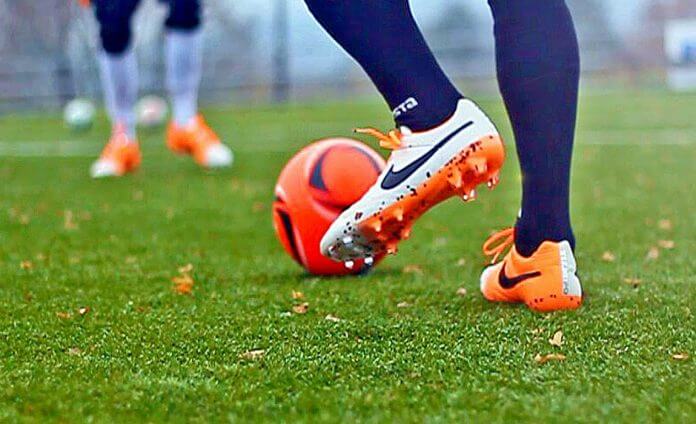 Football is by far the favorite sport for bettors and the one with the greatest presence in bookmakers . Betting on football can be truly exciting, even more so if you have solid knowledge and predictive skills that you can use to your advantage to win money.

If you are a football betting lover , you should bear in mind that there are some matches that are much more complicated to predict than the rest and in which, from our experience, we recommend not betting. Surely you have ever involved a bet with matches in which it is not worth doing it, do you want to know which are those football matches that you should avoid? Keep reading.

A big mistake made by many users who bet on soccer is always wanting to do it, even when the season is not active. On the billboard of the bookmakers we will always find several options, but when the season of the main leagues has not started, most of the available events are friendly matches.

Betting on pre-season friendly matches is not exactly the best idea, so we suggest avoiding them as much as possible, unless you want to convert your bet coupon into a funbet .

In friendlies there is usually nothing valuable at stake, these are games in which each team will seek to gain experience for the coming season and predicting them is quite difficult. It is uncertain what the line-ups will be for a friendly, in addition to the fact that many important footballers have not returned from their vacations.

It is important to note that the big teams are not obliged to win friendly matches, sometimes they simply serve to try out soccer players from the subsidiary team. These matches are used to test the performance of the players in a squad, as well as to test strategies, operations, etc.

Before betting on a pre-season friendly, it is better that you try to analyze matches from Nordic leagues in Europe or leagues from Asia, which continue to be played during the summer. Patience and discipline, two keys to success.

If your intention is to earn money by betting on soccer, it is better that you are prohibited from betting on the matches corresponding to the first phases of the local cups, because they are not so easy to predict and they could end up making a bet for you.

Tournaments such as the Copa del Rey, the DFB Pokal, the English League Cup and the Coppa Italia are very popular tournaments, but they are not exactly the main objective of the prominent clubs that compete in them.

Not all teams usually play domestic cups with the same intensity; While some cling to the possibility of making a good performance in this type of tournament, others see it as a minor objective and others do without the wear and tear that it can cause them, taking into account the structure of the calendar.

In this type of match it is usual to see renowned teams face more modest teams that come from lower divisions, so the odds can become very high and it is not feasible to bet on them. In addition to this, when it comes to home and away matches, a lot is played to speculate on the results.

The most renowned teams usually line up many substitute players and even academy players, which can affect the result. For their part, mid-tier teams fighting for European spots or avoiding relegation may not line up their figures in order to keep them in good shape.

We know that the derbies between teams from the same city and the matches that face teams with marked rivalries are much more exciting and surely betting on them can generate some curiosity, but we better think about it a bit, because it may be quite a risky idea.

These types of games are played with enormous intensity, no matter what the current context of each team is. Little statistics can be worth in a derby or in a classic, which makes it difficult to predict them through them.

Each derby is a new story, the rivalries cause each team to go to the field relentlessly in search of victory, the approaches can be very different from the usual and the footballers have a dedication that goes beyond 100%. It is very common in this type of match that at least one red is shown throughout the match, which tends to disrupt our bets on them very easily.

In this type of scenario we can see extremely different results than expected. Unless you want to place a bet for fun, we do not recommend betting on derbies and classics.

League matches with the champion defined

Last but not least, it is worth noting that it may not be wise to bet on league matches involving the winning team well in advance of the end of the competition.

Although elite teams often look to break scoring records, a team that has already been crowned champions will not need to win their remaining matches. Come on, nothing happens if you leave points or if you end up hitting, the goal is virtually inside the display case.

If a champion has already been defined, do not bet on their remaining matches, these days it is much more worth betting on those matches where there are teams willing to play it, whether they are fighting for European places or want to avoid relegation.

Being a successful bettor depends largely on knowing how to choose the right events to bet on and surely these four types of matches are not exactly the best choice. Now that you know which games you should avoid betting on, it’s time to wait for the referee to blow his whistle to start winning.

The 5 best apps to follow my soccer scores live