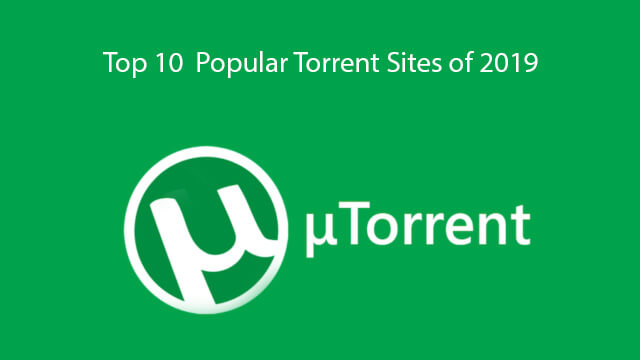 What are the most-visited torrent sites at the start of 2019? As we continue a long-standing tradition, we see that YTS has taken over the lead from The Pirate Bay. After some turbulent years, the list of torrent sites has remained fairly intact, although there are some movers and shakers.

While streaming is all the rage nowadays, torrent sites still remain popular.

The Pirate Bay has long been the undisputed leader in terms of traffic, but if we look at the most visited domains at the start of this year, it’s now surpassed by YTS and 1337x.

TPB’s dip can be attributed to the frequent downtime and connectivity issues over the past months. It remains the go-to torrent site for many when it’s accessible, so it wouldn’t be a surprise if the site regains the lead in the coming months.

This year’s list includes one newcomer. TorrentDownloads is back after a year of absence. The site takes the place of iDope which disappeared from the scene last year.

We traditionally limit our overview to typical torrent sites that are targeted primarily at an English or international audience. This means that RuTracker, Dytt8, EliteTorrent, and Torrent9 aren’t included even though they would qualify in terms of traffic.

Below is the full list of the ten most-visited torrent sites at the start of the new year. The list is based on various traffic reports and we display the Alexa rank for each. In addition, we include last year’s ranking.

YTS.am is the unofficial successor of the defunct YTS or YIFY group. The site typically rebrands third-party releases of popular movies. While these were banned by several other torrent sites, YTS is now more popular than ever. 1337x has been a stable presence in this list for many years. It has as a dedicated group of uploaders that provide fresh content. Despite ISP blockades in several countries it continues to grow.

The Pirate Bay turned 15-years-old last year and is the oldest site in this list. If we counted all traffic from proxy domains it would likely still be on top, but due to frequent downtime and connectivity problems it’s now in third position. RARBG has dropped two places compared to last year. The site operates several domain names, but only the one with the most traffic counts for this list. RARBG was founded in 2008 and specializes in high-quality video releases.

Torrentz2 launched as a stand-in for the original Torrentz.eu site, which voluntarily closed its doors in 2016. Despite some issues with disappearing torrent links early last year, it’s still going strong.

NYAA.si is a popular resurrection of the anime torrent site NYAA. The site was suspended by Cloudflare last year but found a suitable alternative soon after. LimeTorrents has been around for more than half a decade. A few month ago the site’s operator changed LimeTorrents’ domain name and updated its homepage in response to various blocking efforts. Zooqle, which boasts more than 3.8 million verified torrents, kept its spot in the top 10. The site was openly advertised as an alternative to Bitsnoop, which shut down in 2017.

The original TV-torrent distribution group EZTV shut down after a hostile takeover in 2015, with new owners claiming ownership of the brand. The group remains active, albeit not without controversy. Just a few month ago ETTV accused the group of ‘stealing’ its releases.

TorrentDownloads has been around for several years. The torrent site regained a spot in the top 10 this year after a year of absence. It’s a no-nonsense index that provides torrents to millions of users each month

Why use ThePirateBay proxies & mirrors?

SYSTEMS to WIN at ROULETTE STRATEGIES

The BEST TABLE GAMES to Enjoy with the...

6 things you need to know about soccer...

What Is A Points Bet?

Is There A Reason Why Some Players Win...

How To Unblock LimeTorrents In Simple Steps